Every dollar invested a boost for regional NSW greyhound clubs

Every dollar invested a boost for regional NSW greyhound clubs

This article was published in the Newcastle Herald on 16 December 2021.

Whether it be sharing a cuppa with volunteers at Temora, or making significant funding announcements at Muswellbrook, the Minister Responsible for Racing, Kevin Anderson, can see one constant – an industry in great shape.

“There’s been some real inroads being made, and when you put welfare and integrity at the top of everything you do, other things will follow and people then see the reason why this industry is in good shape,” the Minister said.

“We are seeing people come back to greyhound racing in NSW, we are seeing new players come on board, younger trainers, younger owners, more syndicates, they are doing it because they all see this as a solid industry.”

A day after having that morning tea with the volunteers in the Riverina this week, the Minister was in Muswellbrook checking on the progress of works at the track.

Back in April it was announced that almost $800,000 in Government funding would be spent on bringing the Upper Hunter track up to the standard required to host a handful of TAB meetings in 2022.

But Muswellbrook is just one of a number of tracks which have benefited from the Government’s $30 million Capital Grants Fund in recent times.

“One thing that I have placed a lot of emphasis on through Greyhound Racing NSW and the GBOTA (Greyhound Breeders, Owners and Trainer’s Association) is looking at ensuring the facilities and tracks are upgraded, because over the years there has been plenty of work that has been needed to be done,” Mr Anderson said. 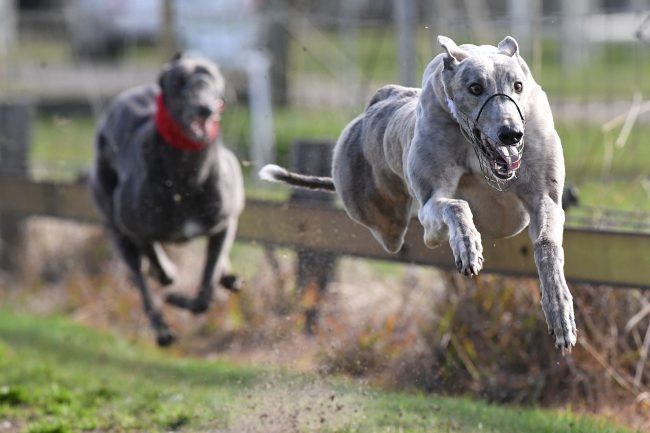 “You’ve got to continue to invest, and it’s been a huge focus of what we have been trying to achieve.”

Among the funded projects completed or in the works in the past year have been the Richmond Straight track – the first TAB straight track in the State – the extension of the kennels at Richmond, the state-of-the-art new track at Grafton, the soon to be completed LED track lighting at Casino and a new irrigation system at Bulli.

There have also been a number of track upgrades around the State, including significant work at Taree and Coonamble.

The Thirlmere trial track will also undergo substantial work in coming months including a new lure rail and motor upgrade and track resurfacing.

“They are all important whether it be air-conditioning at Taree, the new facilities at Grafton, the straight track at Richmond, the work to come at Goulburn, and the welfare work through the track strategy and upgrading to the minimum standards,” the Minister said.

“Right across the general greyhound racing fraternity they really like the fact that they are being supported and they feel important.

“I have just been to Temora where it’s all volunteer run and it’s a fantastic facility, the track is in great shape, we have done some work there and to see the passion and hear the commitment from those volunteers who have been at that club for over 40 years…

“It’s been a long time since a racing minister was able to sit down and have morning tea with the crew from Temora and it was just fantastic to do that, and whether it be my home town of Tamworth or Gunnedah, it doesn’t matter where I go, it’s great to get and see and feel the grass roots dedication from those volunteers who run those tracks as well as staff and admin people.

“They love it. It’s their life, so to be able to support them and show them respect as well, and thank them for what they do, it makes me feel really good to be able to do that.”

The Minister reiterated the importance of welfare and integrity adding that if that is placed alongside safety in terms of the track strategy and the upgrading of tracks, you see the benefits.

“The more effort you can put into improving the facilities it just augurs well for the industry,” he said.

“As we know, these dogs are family to the participants.

“They are pampered and quite often owners and trainers go without so that their greyhounds don’t.

“That speaks volumes for the care, love and attention greyhounds get.

“It might be Ethel and Joe with one greyhound that they race. It doesn’t matter whether that dog wins or not, it’s their entire life.

“To see their dog go around, they pat it, they pamper it, they give it the best love and attention it could ever receive, and that’s the nature of the industry, from the professional trainers to the mums and dads who do it as a hobby.

“To be able to be part of that I think is very special.”

This article was published in the Newcastle Herald on 16 December 2021.

Luke Gatehouse discusses Greyhound racing on 4BC
Go back to home
Pet blood donation: Can your dog give a life-saving gift?